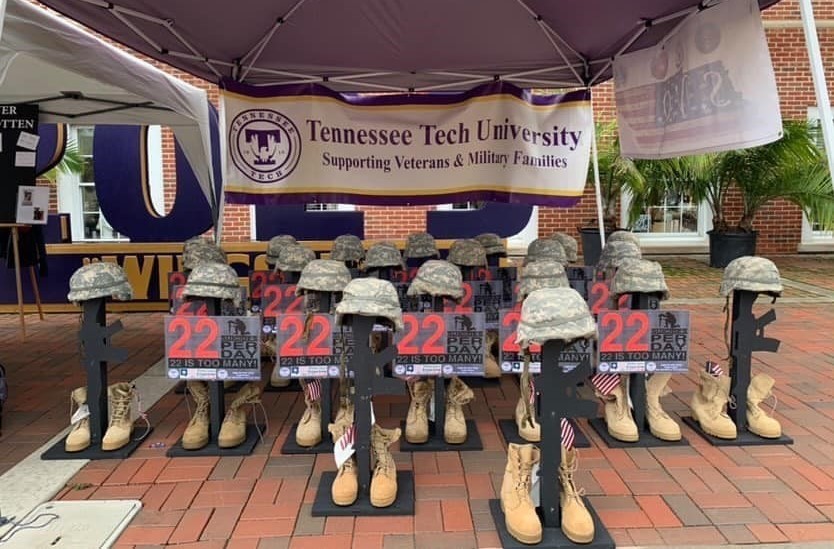 On September 22, the Department of Military and Veteran Affairs at Tennessee Tech hosted a display in the Centennial Plaza to raise awareness to the prevalence of suicide among veterans.

The date of September 22 for the observance is significant. The month of September is recognized as National Suicide Prevention Month and the number 22 is the average number of veterans lost to suicide in the U.S. each day, based on a statistic from the United States Department of Veterans Affairs.

This event gave visitors an opportunity to mourn the loss of a loved one to suicide, gather resources on how to identify the warning signs, as well as get information on how to reach out if they think someone might be contemplating suicide. A board was set up for visitors to post a name, photo, or simply compose a message in memory of those who have been lost to suicide.

We are grateful to everyone who stopped by. The more attention we bring to this topic, the more we can connect veterans and their loved ones to the resources they need. 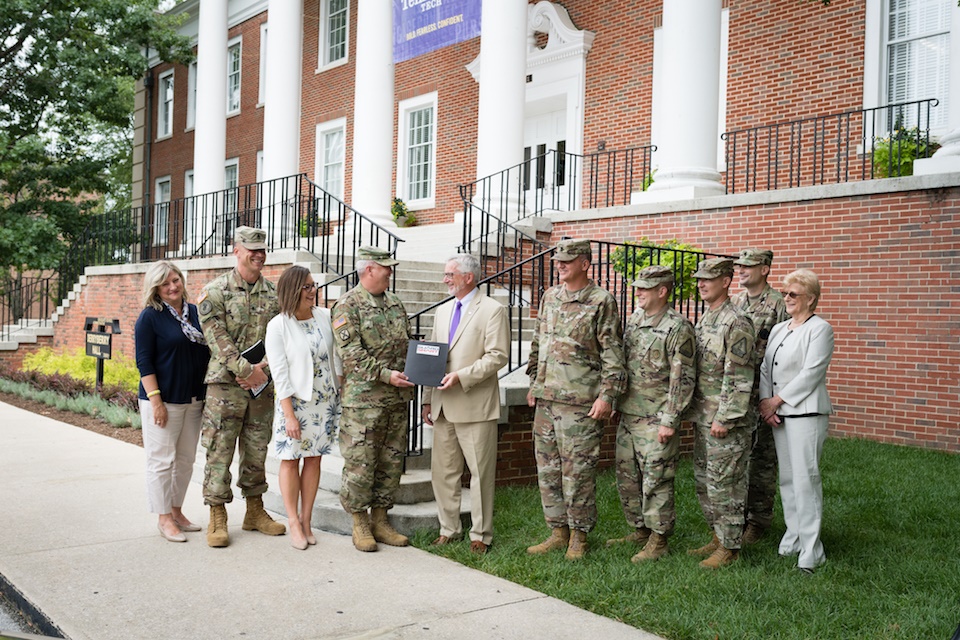 “Military service is part of the fabric of this university. Tennessee Tech and military service are proudly linked throughout our history,” Oldham said. “The STRONG Act is an opportunity to show our support for these service members. National Guard members make excellent students, faculty and staff. We are a better university because of them. This is an honor for us.”

A formal letter of intent was presented and signed by Adjutant General, Major General Jeffery Holmes, in a special meeting between Tennessee Army National Guard leadership and Tech administrators Monday.

“This is an incredible program and it is truly an honor to have such a prestigious university as this come forward to show support for our men and women of the Tennessee Army National Guard,” said Lt. Col. John Rigdon.

The letter will be displayed in Tech’s Eagle’s Wing Veterans Center.

“Our university has an entire department dedicated solely to serving our student veterans and service members,” Oldham said. “Military and Veteran Affairs Director Mary Benedict and the team in that department are committed to serving those who have served with excellence and they provide significant support through the educational benefits process.” 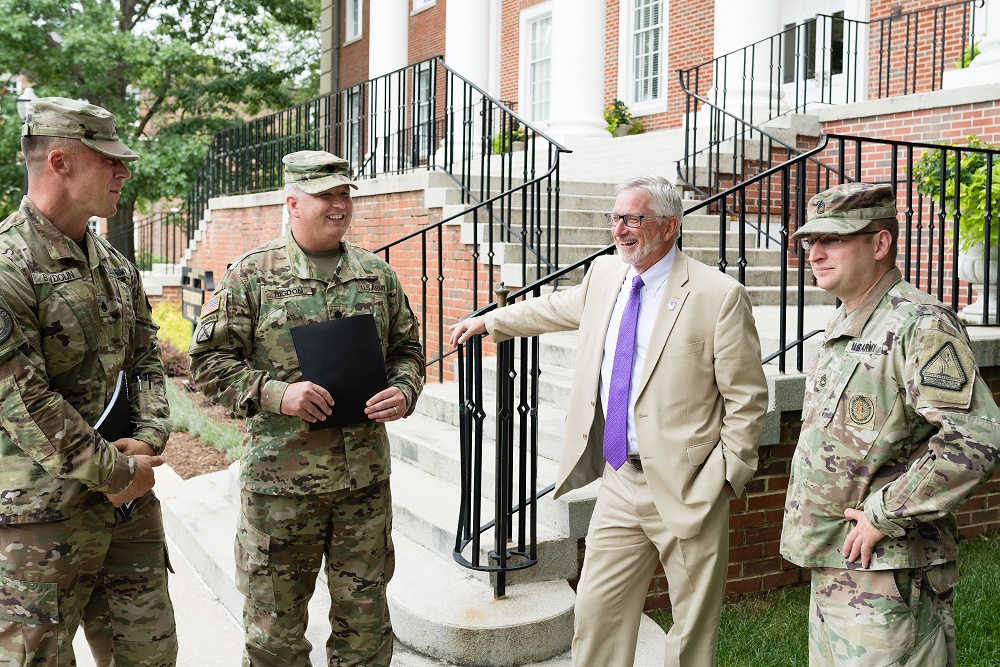 The STRONG Act, which stands for Support, Training and Renewing Opportunity for National Guardsmen, was signed by Former Gov. Bill Haslam in 2017 and funds up to 120 credit hours, or eight full semesters for Guard members earning a first-time undergraduate degree.

Tech is one of a few post-secondary institutions partnering to offer this type of incentive for students utilizing STRONG Act benefits.

“At Tech, we talk about the ‘long purple line’ and the success of students in our ROTC program,” Oldham said. “ROTC has been active on our campus for more than 65 years and we are proud of that program and those students. This agreement is another way that long purple line that connects this university with military personnel and veterans continues.”