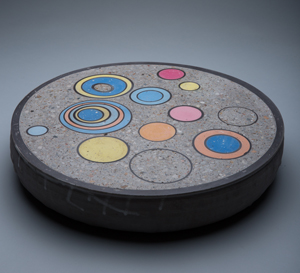 Edwards received a BFA from the Appalachian Center for Craft at Tennessee Tech University and his MFA from the University of Nebraska–Lincoln. His sculptures are formal investigations that began by exploring the departure from pottery’s utilitarian role throughout human civilization. These works grow in complexity through scale and subtle tensions built into every individual piece. In Edwards' sculpture, pottery serves as a placeholder, a metaphor for human interaction. The central core, the initial inspiration, of his sculpture is the diminishing level of connection our culture actively pursues.

"My work employs dialogue inherent to the craft disciplines as conceptual content…One of the major strengths of the programming to which I attribute part of my success is the breadth of course work in the degree requirement. Another important aspect was the ability of the professors to teach both physical techniques of creation and mental agility…" - Thomas Lowell Edwards

North Carolina-born potter, Kat Wheeler, completed her BFA in ceramics from the Appalachian Center for Craft in 2008. As part of her course Kat spent a semester studying abroad at the Australia National University, and on completing her BFA went to St. Ives to work at the Leach Pottery as a volunteer apprentice.

In January 2012, she joined the studio staff as Leach’s first full-time Production Potter, making the new range of Leach Standard Ware. Now she is Deputy Studio Manager. In the course of her work at the Leach Pottery, she has recently done a 3 month residency at the Hamada workshop in Mashiko, Japan.

"…it's [The Appalachian Center for Craft] emphasis on quality craftsmanship, I was given a well-rounded education focusing in making, finishing and firing. This skill base made me feel fully prepared when I stepped into a production workshop at the Leach Pottery...I feel that I would not be where I am now without the skills, support, and encouragement I received early on in my education." - Kat Livesay Wheeler 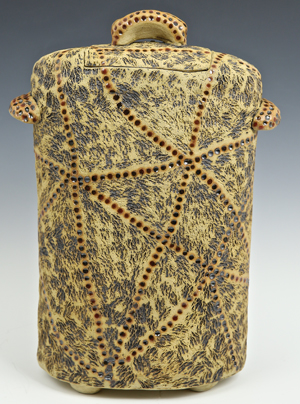 Susan DeMay was raised in Palmyra, New York. She was in the last graduating class before the merger between George Peabody College for Teachers and Vanderbilt University, where she has taught since 1979. She has had a dual career as a professor and studio artist. Her ceramics studio produced several production lines, most famously sold at the Smithsonian Museum Stores.

Susan continues to experiment with wall works and sculptural works. She has kept active professionally by presenting and demonstrating at the National Conference of Ceramics Educators. She has written numerous articles that have appeared in national and international publications and books. Her work has been included in five Lark Book Series and books for beginners studying clay. The latest book was The Best of 500 Ceramics: Celebrating a Decade in Clay. Susan conducts numerous glazing workshops in the region and participates in many exhibitions around the Southeast. Her work can be found in public and private collections.

"…During my years at the Craft Center, I was exposed to the work of many craft artists, in addition to the work of the instructors and experience students there. As a consequence, I have sought ways within my work to not only create innovative works that could be sold, but also that would allow for personal growth and artistic development. After all these many decades of working in clay, I finally feel that I am reaching a point of maturity, when my work is held up to the work of those persons that I encountered at the Craft Center." - Susan DeMay 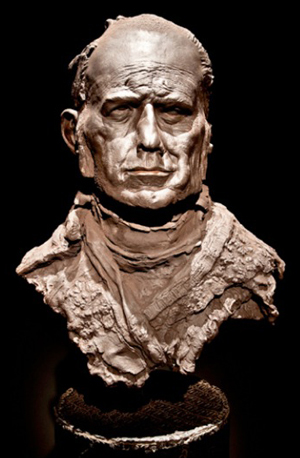 Doug Jeck was born in 1963 and grew up in Ft. Lauderdale, Florida. He studied music as a trumpet major at Tennessee Tech University from 1981 – 1983.

In 1983, he began working with clay at the Appalachian Center Craft, earning his BFA in 1986. He attended The School of the Art Institute of Chicago in 1987, earning his MFA in 1989. He left Chicago in 1994 to teach ceramic sculpture at the New York State College of Ceramics at Alfred University. In 1996, he began teaching at the University of Washington, where he is currently an Associate Professor and the chair of Ceramic Art. Jack has received numerous highly prestigious awards and grants and his work is held in the permanent collection of many prominent major museums.

"In 1983 it was just a year or two since the place (the Craft Center) had opened and the sense of community, energy, and intelligence was astonishing and unmatched amongst contemporary “craft” schools. The palpable allure of its communal isolation was, perhaps, the ACC’s most necessary, formative element for me.…" - Doug Jeck