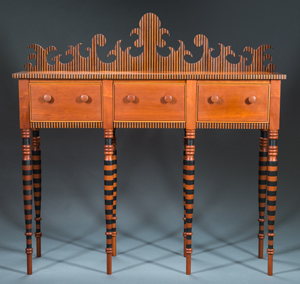 Floyd grew up in Cookeville, Tennessee. After completing high school, he attended the University of Tennessee where he received a Bachelor of Architecture Degree. In 2010, he completed a Bachelor of Fine Arts Degree with a concentration in Wood from Tennessee Tech’s Appalachian Center for Craft. Throughout his life Floyd has been interested in the Southern vernacular and its influence on the built environment. Furniture made in the Tennessee / Kentucky area, with it’s regional variations, has had a strong influence on him. He uses these traditional vernacular furniture forms in his work. By manipulating the scale, color, and texture he produces furniture for the contemporary market.

Working as a studio artist, he strives for the highest level of craftsmanship. Each piece is constructed using traditional construction methods and materials. Floyd hopes to keep alive the strong tradition of furniture making in Tennessee.

"…My Education at the craft center was based on the development of traditional techniques while allowing me the freedom and flexibility to develop my own vocabulary and voice. This has allowed me to be able to approach any design challenge with confidence." - J. Michael Floyd 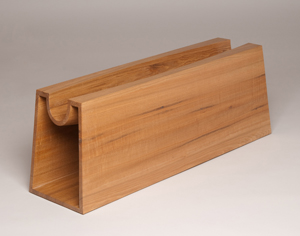 Stephan Micheletto-Blouin is a woodworker who lives in Nashville, Tennessee. He splits his time between building furniture, teaching and parenting two young children.  He has been lucky to have had some outstanding school opportunities, first at the Appalachian Center for Craft under Graham Campbell, then at the College of the Redwoods Fine Woodworking Program under a team of sensitive woodworkers including mentor Greg Smith. He then attended East Carolina University where Ron Graziani’s influence concerning the critical and re-imaginative were deeply affecting. Since that time, he has been teaching community education woodworking classes at Watkins College of Art, Design and Film while also developing furniture that the late designer David Pye, in his most impervious way, could support.

"…Chief among what the Craft Center offered me was an immersive experience in making work and thinking about how and why that work is made that laid the foundation for how I have approached art and design, for better or worse. Truly, the ACC has always offered amazing studio accommodations and its program design offered an admirable intersection of depth and breadth…" - Stephan Micheletto-Blouin 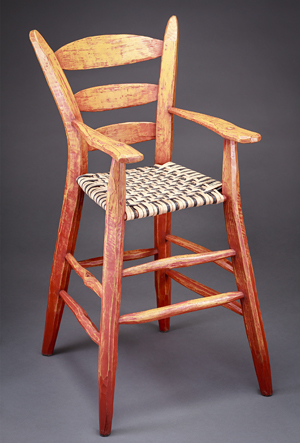 Tim Hintz lives in the wooded hills near Smithville, Tennessee, not far from where he studied woodworking at the Appalachian Center for Craft. He moved there in the mid-nineties after a career on the Gulf Coast as a deep sea diver.

Hintz likes the hands on approach to making chairs from the raw materials that are abundant in the local forest. When he is not making chairs, he likes to go fishing.

"Having the resources of the Craft Center available for focused development was valuable…." - Tim Hintz