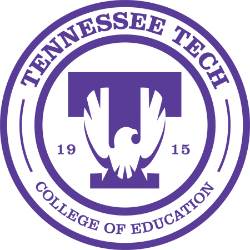 State of Tennessee Report Card on the
Effectiveness of Teacher Training

Measure 6:
Ability of Completers to Meet Licensing and State
Requirements for Certification

The following annual reports illustrate the pass rates for all Instructional Leadership test takers. The reports are broken up into national, statewide (noted as Tennessee Department of Education), and at Tennessee Tech (noted as Institution: Tennessee Technological University) sections.

Measure 7:
Ability of Completers to be Hired in Education Positions
for Which They Have Been Prepared

Tennessee Technological University Loan Debt: How Much Debt Do Students Graduate With?

Colleges with the Least Student Debt Per Borrower in the Southeast

Cost of College in the US—Average Statistics & Institution-Specific Costs

Ready2Teach Annual Reports by Center Research in Educational Policy (CREP). The Ready2Teach initiative implemented a four-year, field/clinically focused program design at Tennessee Board of Regents (TBR) institutions.
CREP was contracted with TBR to evaluate the progress and effectiveness of the initiative. The reports below include the quantitative and qualitative results for our programs, including feedback from completers and employers.

Enrollment by Program and Concentration