Tennessee Tech’s current Master Plan, which guides the university’s construction and facilities, was created in 2010, with a major update in 2014 and a single amendment in 2018.

The 2014 update provided direction for three major items that inferred a comprehensive series of opportunities to transform the campus within the near future. These items were:

The 2018 amendment provided direction for a new engineering building.

With many of the items in the current plan completed, along with the ever-evolving nature of property availability, student enrollment and program needs, Tech is developing a new master plan. Administrative leaders, faculty and students have had input into the near- to long-term future needs of the campus. Currently, Bauer Askew Architecture is in the final stages of preparing their draft of the new master plan. Additional focus groups will be held on the draft to obtain further input.

The following information is taken from the Master Plan’s 2014 update and 2018 amendment, which can be accessed in full below.

The proposed site for the new Science building is the block between Peachtree and Stadium drives and between the engineering complex and Capitol Quad housing. The site currently accommodates 859 cars which are highly visible to visitors traveling through Tennessee Tech’s campus along Peachtree Street. The placement and form of Tennessee Tech’s future Integrated Science Building will play a critical role in the successful joining of the campus’s eastern and western halves. The placement of the science building is critical to the development and expansion of a cohesive academic core for the campus. Currently, the perceivable heart of the academic campus is contained within the Historic Quadrangle with the remainder of the academic buildings as disjointed groupings to the west and north.

Placing the Science Building at the western end of the chosen site and aligning its center with Bartoo and Kittrell Halls will allow the new structure to both establish an edge for the academic campus while responding to and extending the Campus’s historic organization. The proposed Science Building and campus Mall will also provide future opportunities to increase connectivity throughout campus as it expands westward while creating a new, positive focal point for campus visitors and travelers moving along Peachtree Street.

A major initiative of the update refinements is the greening of the campus. This includes a progressive series of projects to maximize the green space opportunities and, in most cases, includes the removal, modification or elimination of parking spaces. As part of the process, two major collegiate mall spaces are proposed: the Peachtree Mall and the Academic Quadrangle associated with the new Science building. In each case, a significant parking area will be relocated to another portion of the campus. This will allow for the shift from personal convenience of a near-by parking space to the betterment of the on-campus environment and collegiate experience.

In an effort to drastically reduce the use of cars within the core of the campus, a series of parking space removals and relocations is also proposed. This includes removal of on-street parking and some parking lots. To provide greener and less crowded parking areas, the remaining and new parking lots are proposed to be provided with tree islands, straightened parking spaces and adequate drive aisles. New parking is also proposed to be constructed with pervious paving at the parking space areas to help the management of storm water.

The southwest quadrant bordered by North Willow Avenue and West Seventh Street offers the prime expansion area for the campus. Currently, much of this area is designated as Acquisition Area #1 and consists of small businesses, a small apartment complex and a radio tower site. The anticipated acquisition of these properties along with the demolition of Tech Village East and the relocation of the Facilities operations will allow for the development of this area. Depending upon the timing of Property Acquisition and, the Housing and Intramural projects may need to swap sites.

The initial primary function for the area is the new Intramural Building and related intramural fields. The new Intramural Building is proposed on the corner of North Willow Avenue and West Seventh Street. This will provide a significant student-oriented function on this prominent corner and provide an engaging first impression for the arriving students and others approaching the campus. New fields for soccer, football and softball are proposed adjacent to the Intramural building to supplement the current intramural fields on the west side of Willow. Future Student Housing is shown on the corner of Willow and University which will provide a significant presence at this main entry to the campus.

West Eighth Street is proposed to connect with West Ninth Street across the Southwest Quadrant allowing a path for the new Campus Shuttle. The current STEM Building, newly renovated Southwest Hall, Sherlock Park, and campus Chiller Plant are projected to be maintained within the site until a greater campus need for those properties becomes apparent.

Given the significance of the Engineering Building to the university, a highly visible site was selected at the primary entry to the campus from Willow Avenue along University Drive. The future engineering building is proposed to be located on Stadium Drive opposite Prescott Hall. The proposed site extends the existing engineering focused Quad, which includes Bruner, Clement, Brown and Prescott, westward into Sherlock Park. While the front of the building will address Prescott Hall and Stadium Drive, the highly visible western side will engage Sherlock Park and provide a distinctive image at this keynote entry into the campus. The band practice area currently utilizing Sherlock Park will be relocated to the front lawn of the Walton House across from the Bryan Fine Arts Building. 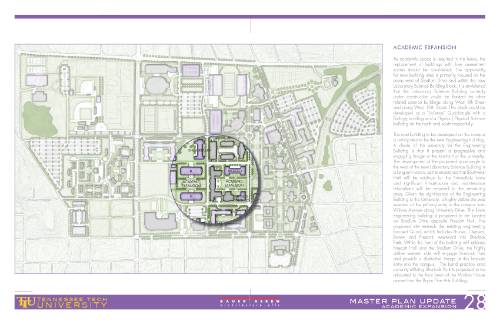 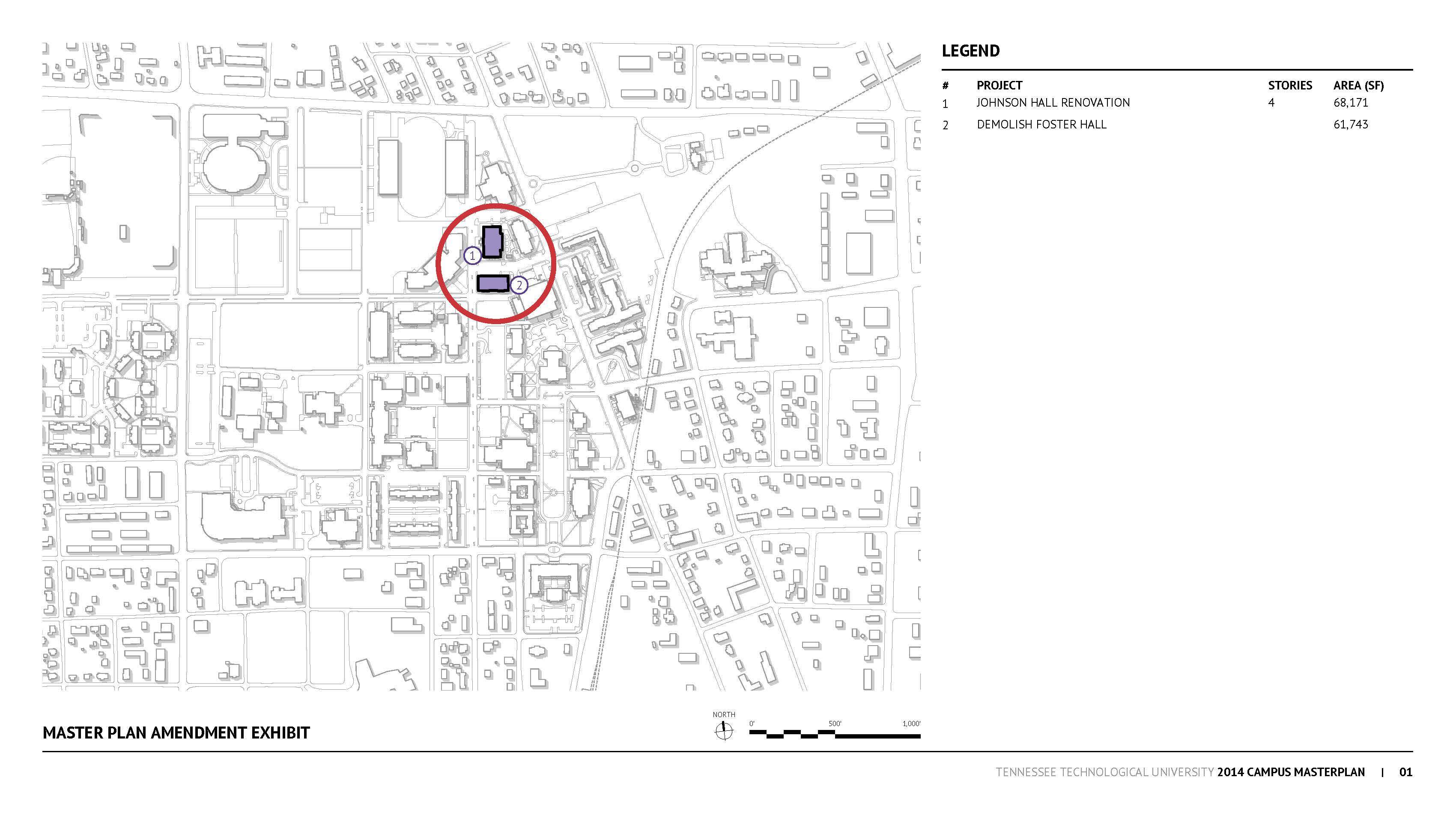