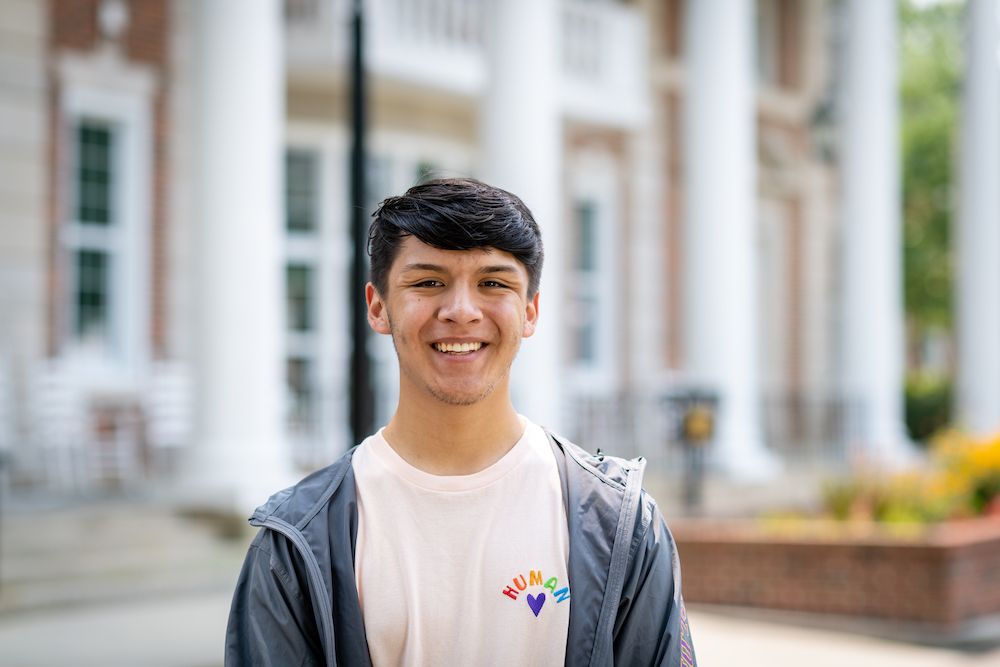 Antonio Pedro, ‘25,  a freshman agriculture major with a concentration in pre-veterinary science,  found his place at Tech with help from the university's Office of Multicultural Affairs.

“On campus, Multicultural Affairs has helped me meet other people who are minorities also, who need someone to share the same struggles, and that can relate to situations that I have gone through.”

While Pedro, who is of Hispanic descent, had already made online connections at Tech, he was looking forward to all of the on-campus groups. Minorities in Agriculture, Natural Resources and Related Sciences and groups that reach out to different people in the communities are what Pedro wants to be involved with.

He’s also excited for the in-person atmosphere on campus. “I am looking forward to having in-person classes again,  really connecting with my professors and peers. Just getting together and studying again.”

He decided on Tennessee Tech after touring other schools. Some of the schools felt too big, and others felt too small. Tech was the right fit for him. At Tech he felt he could make those close connections.

“It feels like home to me. I am happy with the size. I have made connections with the professors and other students here and I can’t afford to lose those connections.”

While Pedro is enjoying the college experience here at Tech, he has his future goals always in sight.

“I would love to be an exotic animal veterinarian after I leave Tech.”

Pedro’s dream job would be to work at a zoo. He considers an exotic animal any animal that you do not see everyday.

“Receiving these scholarships is hope for my future career.”

He said the scholarship application was a simple and easy process. He filled out one application and it applied to all the different scholarships he was eligible for.

“My personal connections I was able to build through Multicultural Affairs helped me to receive other scholarships as well.”

The scholarships Pedro received helped him not only with tuition but books as supplies as well.

“This eases the burden of me having to work more hours to pay for those things.”  Pedro said if he had not received those scholarships, the cost of tuition would have been detrimental to him because he is a working student. He would have still planned to come to college, but would have had to spend more time working to pay for it.

“I would like to personally thank all the donors for blessing me with this opportunity to further my education.”