One Tennessee Tech University student came to Tech because of the college experience of her sister. The opportunities, possibilities, and potential for growth she found justified that move.

Hannah McCallister, ‘23, an animal science major from Dickson, initially went to a different university in another state for a year before transferring to Tech. She credits her older sister for being the reason she transferred. They were having two completely different college experiences, with the sister’s experience being better than her own.

“She never had one bad thing to say about Tech and I could see how much she loved it and how great of a person it was shaping her to be. Tennessee Tech set her up for success and I knew I wanted the same,” McCallister said. 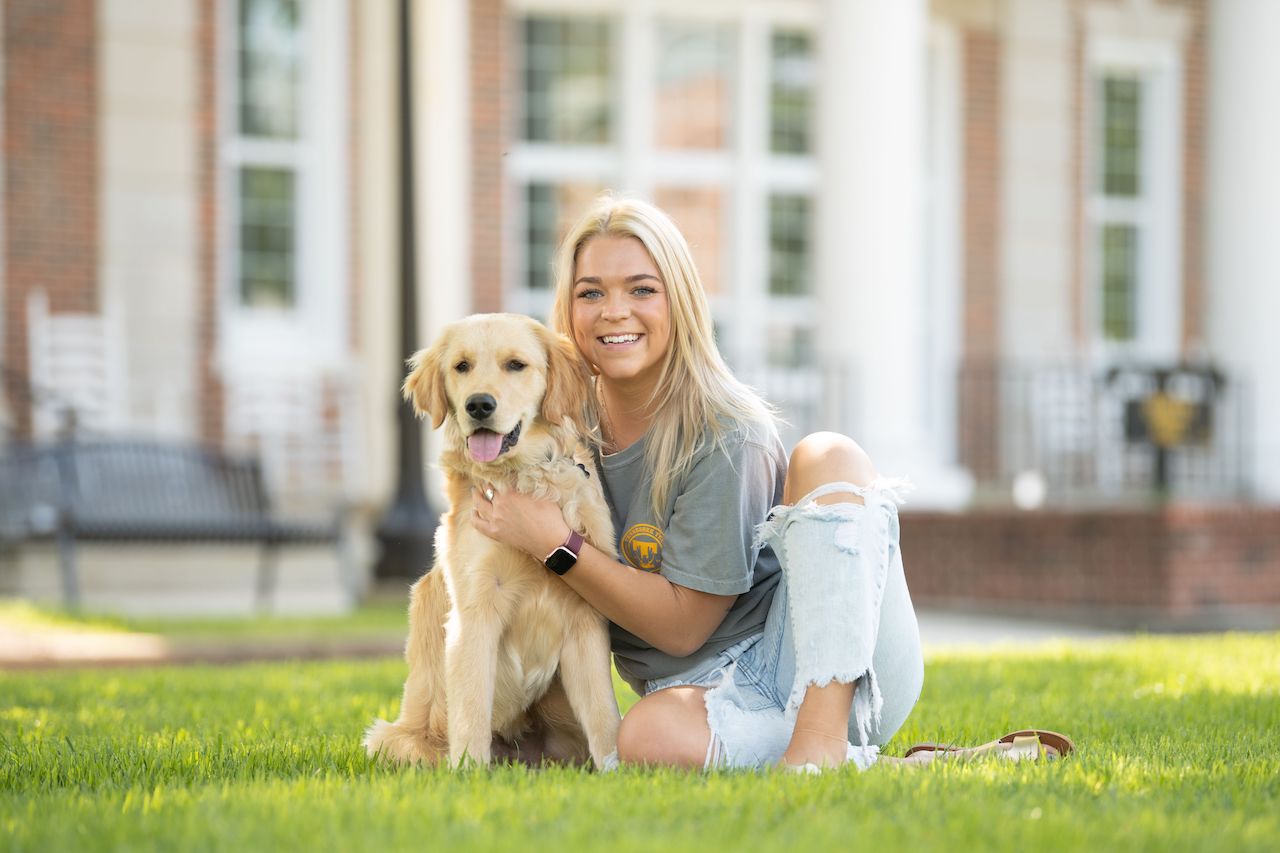 McCallister said Tech became her “home away from home” and she would not have it any other way.

“Transferring has been one of the greatest decisions I have made, and I would do it again in a heartbeat,” McCallister said.

McCallister said the most rewarding part of her experience at Tech has to be the relationships she has formed and the countless number of opportunities she has had.

“Tech has pushed me to become involved which has led me to meet people I otherwise would not have,” McCallister said. “The opportunities Tech has to offer are endless and beneficial in every way possible.”

McCallister plans to attend vet school in the fall of 2023. She wants to go to Texas A&M and to become a large animal veterinarian.

She said her time at Tech has empowered her to be a more confident student. She has been the president of Delta Tau Alpha-National Agricultural Honor Society, president of the Pre-Vet club, a senator for the School of Agriculture in Student Government, and she was in Greek life.  She said she plans to be even more involved in her last year at Tech.

All of those organizations taught McCallister something different. She learned to be confident when being a leader, and she learned that being bold makes one stand out and can set oneself and others up for success.

She learned that being confident, bold, kind, and fearless are all traits that a person needs to be able to succeed, make beneficial relationships, and be the best version of themselves.

“Tennessee Tech pushes me to be the best version of myself possible by giving me confidence in my knowledge, my leadership skills and my people skills overall,” McCallister said.