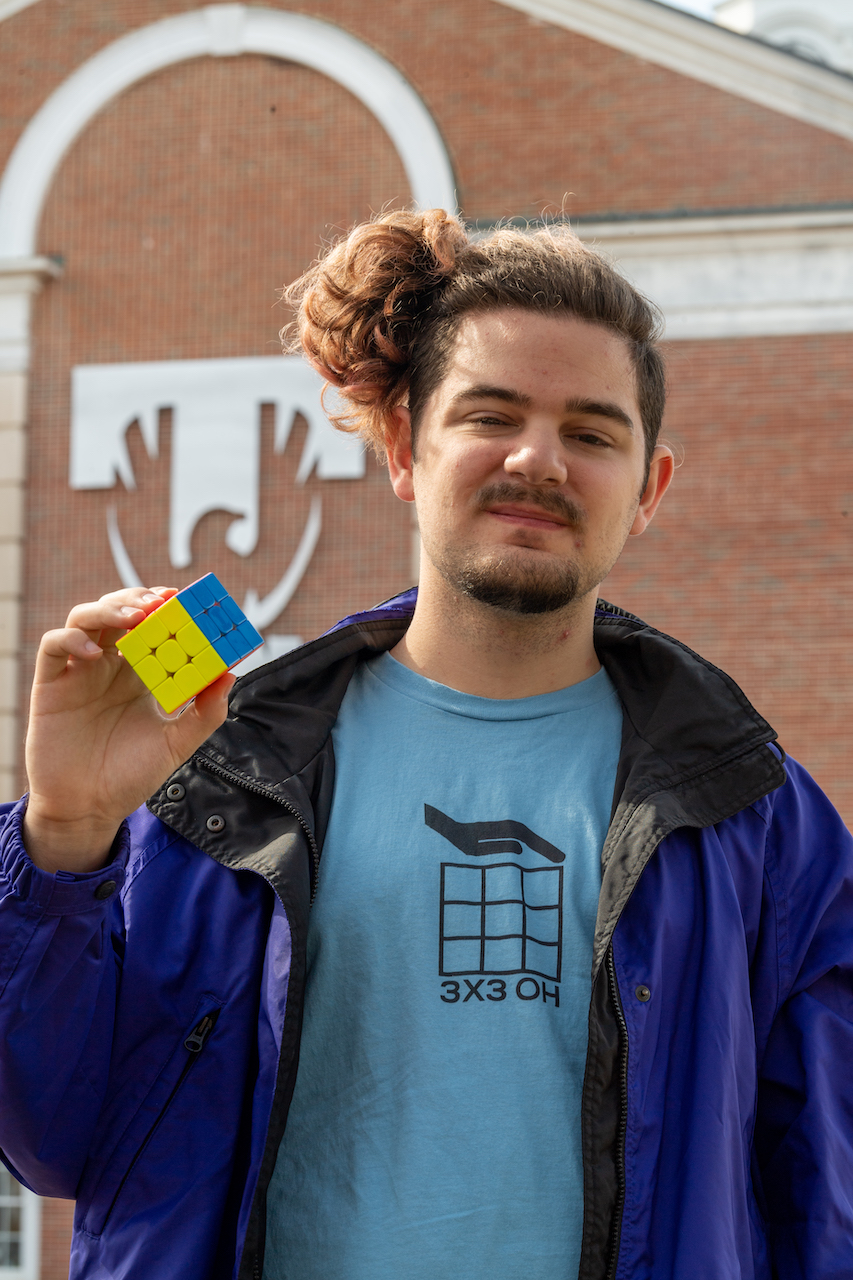 Tennessee Tech computer science major Eli Parker is involved in a unique hobby. While the average person needs hours to solve a Rubik’s cube, “speed cubers” such as Parker can solve many variations of the tricky puzzle in under 10 seconds.

Parker’s hobby began in in his hometown of Jackson, Tenn., in the eighth grade. One day, a friend of his brought a Rubik’s cube to school and Parker started racing him to see who could solve puzzles the fastest. Parker’s friend at the time held a record for a fast 3x3 cube solving. In the course of three months, Parker began beating his friend in races where he averaged solving the puzzles in under 30 to 45 seconds. Later, he found out world records were completed in approximately five to six seconds, then realized, “I can just get really fast at this if I try.”

“I’ve been ‘cubing’ for seven and a half years,” said Parker.

His first major speed cubing competition took place early in January of 2016. He made it to the second round of the 3x3 division on his first try, and has improved significantly since then.

“It’s stressful but fun to compete,” he said.

Parker now holds 15th place in the world for fastest cube-solving with one hand, and it’s a title he works hard to uphold. The World Cube Association is non-profit so Parker competes, “for the experience and to see my friends in the cubing community.”

Parker has learned a lot from his experiences in the cubing community. When he first learned about Rubik’s cube solving in eighth grade, it helped him comprehend algebra and improved his pattern recognition skills. During breaks from classes now, cubing allows him to destress from school while also keeping his brain actively engaged. He also believes he could host a cubing competition at Tech, as he wants to share his experience with other Tech students interested in cubing.

When Parker graduates, he wants to get more involved in the cubing community. Since he is busy and does not currently have the time to host competitions on Tech campus, moving to a place where he can organize more competitions and bring more “cubers” together is what he wants to do.

The cubing community has changed Parker’s life, and he wishes to spread his love of the cubing hobby to anyone else who also wants to join his community.