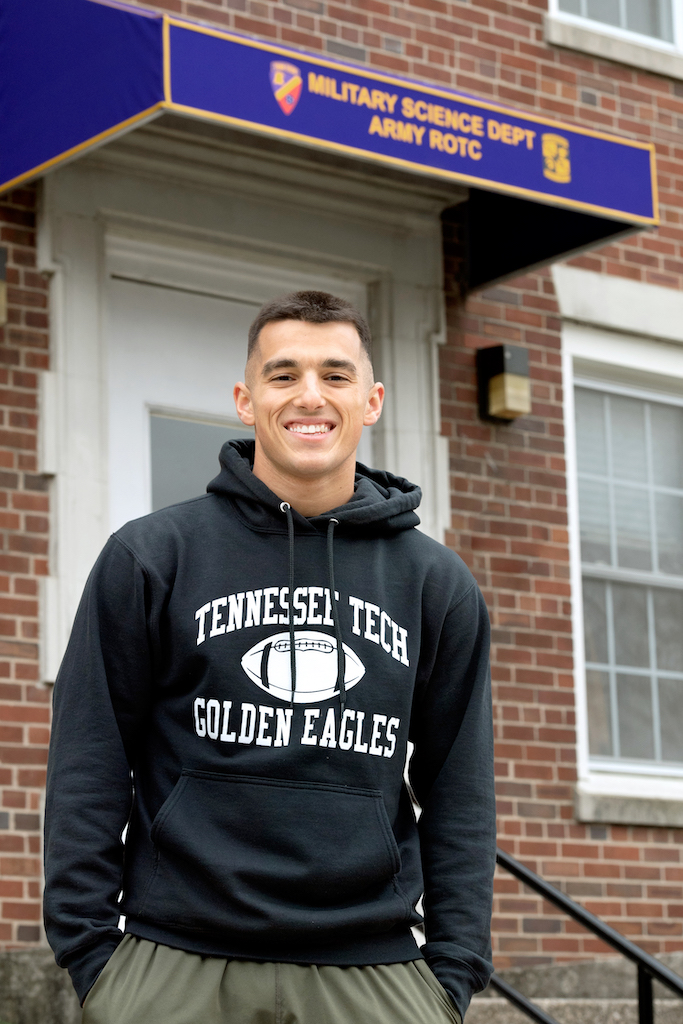 Huner was accepted by Tech under an ROTC scholarship. His brothers went to Tech for engineering degrees, and Huner followed in his brothers’ footsteps. When he began questioning if the major was right for him during his freshman year, one of his brothers suggested focusing on criminal justice. “It seems like you have a knack for it,” his brother said.

Since swapping to criminal justice, where Huner learned about law and the mentality behind criminal behavior to help those in need, he hasn’t looked back.

Another activity he shares with his brothers is playing sports together. Since early childhood, Huner and his brothers played all sorts of sports ranging from basketball, soccer, baseball and football. The sport most prominent for them was football, as they all played together on Tech’s team before his brothers graduated. During this time, they shared a house together which served to deepen the meaningful experiences with his brothers.

After Huner graduates, he will serve in the army for four years. Depending on where life takes him, he might stay in the army longer and re-contract for more years in service. If not, he plans on going to law school to expand his education or finding work in a branch of criminal justice with his current education.

“Any career that helps protect our country,” he said. “I appreciate everyone in ROTC helping me better myself as a man, and my brothers for a great college experience. They’re a huge part of my life and I am forever grateful about ending up here at Tech which helped me learn about where I want to go in life.”