It was a challenging journey that led Cesar Espinosa, ’22 nursing, to the easy decision to study nursing.

During his junior year at White County High School in Sparta, Tennessee, Espinosa’s young cousin was diagnosed with leukemia, so Espinosa’s family spent two-and-a-half years traveling back and forth to Vanderbilt Children’s Hospital for his cousin’s treatment. 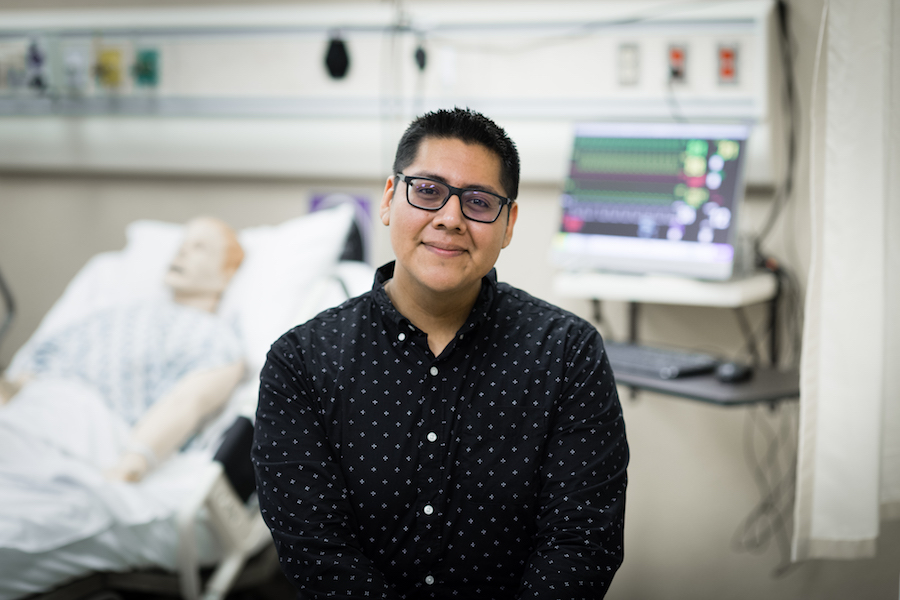 “That opened my eyes to these nurses,” he said. “They took care of my little cousin like she was their daughter.”

After graduating high school, Espinosa went to the doctor to have a typical physical exam done so that he could fulfill admissions requirements to enroll in college.

“The doctor came in and said, ‘I have to be serious with you. I think you have leukemia,’” Espinosa recalled.

That night, he found himself at Vanderbilt Children’s Hospital again. This time, he was the one diagnosed with leukemia.

But it wasn’t just the diagnosis and treatment that impacted him. The nurses who were there had a lasting impression.

“Most of the nurses were the same ones I had seen two years prior,” he said. “I just saw how much they cared. Going through my journey, I saw how much these nurses put themselves on the line, not just physically but emotionally. I saw some of my peers pass away and how much that affected the nurses. Part of the job is that. You are going to see that, you are going to see death, but the thing is you have to serve the next patient after that.

“That’s a big thing with me. I just like helping people out. I love to serve. I am always willing to put myself out there for others.”

Thanks to the doctors and nurses who helped treat him, Espinosa has been in remission for three years and now knows for certain that a career in nursing is right for him.

To get there, Espinosa enrolled at Vol State Community College following his cancer treatments.

He earned his associate’s degree from Vol State in math and science, pre-nursing in 2018 and then transferred to Tennessee Tech.

“I really wanted to graduate and keep on pursuing. I wanted to get my prerequisites out of the way and then transfer for higher division courses.”

He is also minoring in psychology, because he says, dealing with health issues has an impact on a person’s psychological state as well.

“I just liked the vibe at Tech. It is a really good place just to be. People are welcoming. You will find the good easily here at Tech.”

Since transferring, he has joined Tech’s Student Nurses Association and the psychology club.

“It’s been a really good experience just trying to network with people,” he said. “I enjoy people and am easy to get along with. That’s a good characteristic to have as a nurse.”

One day, he hopes to be one of the nurses helping children through medical treatment, like the nurses who helped him and his cousin.

“I always think there is a purpose. Everyone has their fit,” he said. “Surround yourself with good people, follow your faith and good things will come.”