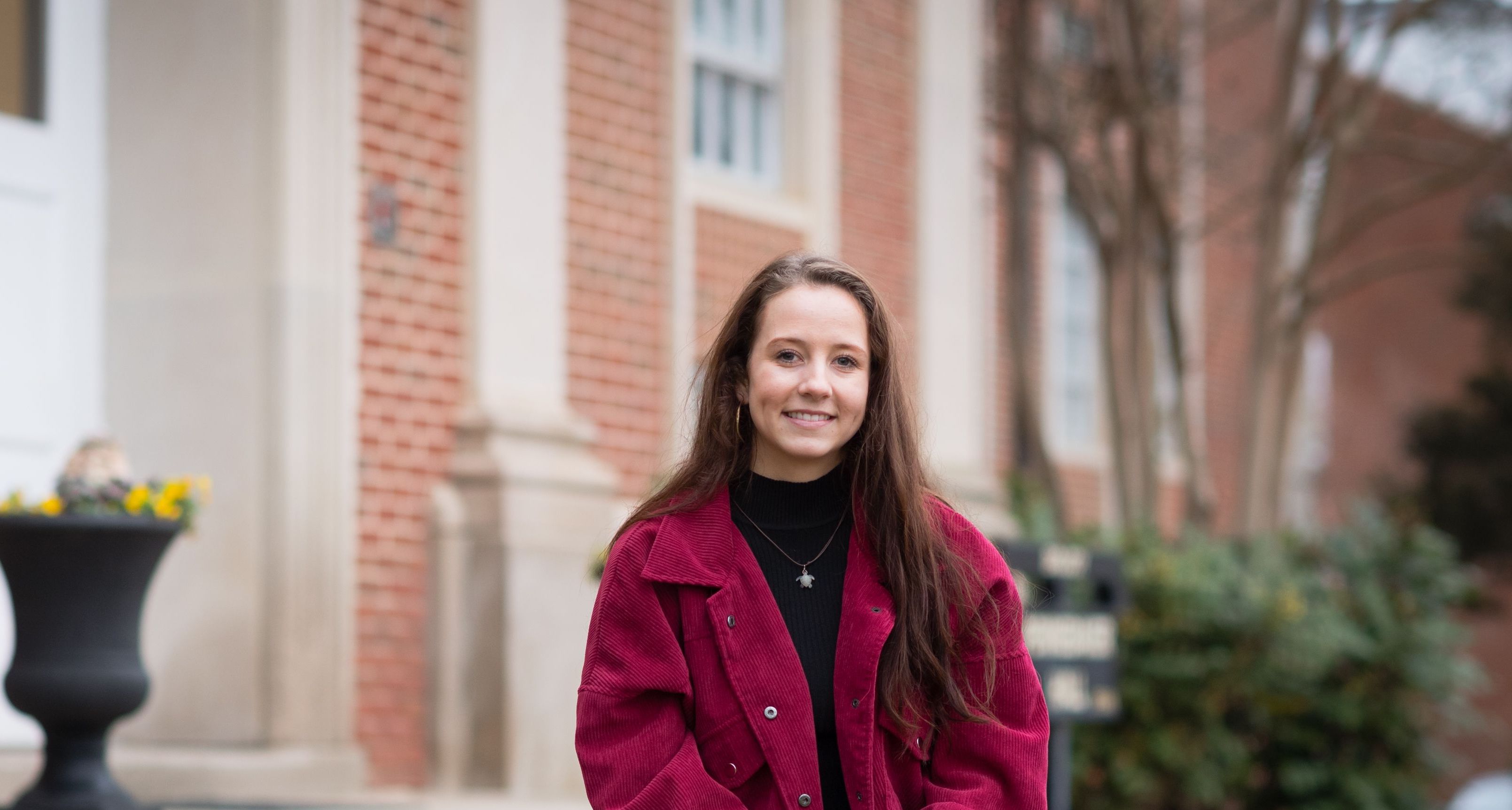 Emma Jones, environmental science major and biology minor ’20, spent the summer before her senior year at Tennessee Tech at Ostional Wildlife Refuge in Costa Rica, working as an intern on a sea turtle conservation project.

“It was such an amazing experience just getting there,” Jones said. “No tourists are allowed on the beach without a guide, so it was really only the people working on the project who could be on the beach. It was just rainforest and beach.”

The refuge, which was established in the 1980’s, works to protect Costa Rica’s sea turtle population and encompasses a three-mile stretch of beach.

While at the refuge, Jones and other conservation workers did night patrols of the beach, tagging and measuring the turtles there, counting nests and the number of eggs in them and conducting hatchery maintenance. Once each month during the sea turtle arribada, or mass arrival, large numbers of sea turtles would arrive on the beach.

“During that time there would be thousands of sea turtles that would come onto the beach and we would work very long hours during that, but it was amazing,” Jones said. “There were turtles everywhere you looked.”

The group also did regular beach cleanups, a process that was somewhat surprising for Jones.

“We collected so much micro plastics on the beach,” she said. “I got to witness first hand on a beach where no tourists are allowed, not a crowded beach, but there was plastic everywhere. That was very eye opening to see.”

Although she has worked with the Office of Sustainability on Tech’s campus, seeing the impact of humans even on a remote, protected area gave her a deeper understanding of the importance of conservation efforts.

“I think what surprised me was meeting so many like-minded people. Everyone there that I met that was doing the sea turtle project, they all kind of had the same mindset and understanding that we are doing these actions to help sea turtles and just help animals in general.”

Studying abroad was something Jones had known she wanted to do, but what she did not realize was that the experience would lead her down a new path, encouraging her to apply for graduate school programs that will allow her to do more conservation work.

“I learned that I want to do field research after I graduate. Being in that environment, even though it was very hard, I just learned so much and I brought that back with me.”

Now back at Tech to finish up her undergraduate course work, Jones is eager to share her experiences with fellow environmental science majors.

“Environmental science is a small department. I feel like I have been able to form relationships with people in my major because we all have kind of the same classes,” Jones said. “I also work for the Office of Sustainability, so that has helped me so much just being aware of different things we are doing on campus.

“I would definitely encourage others to do this program especially. It can be scary going into the situation not knowing much and not being for sure about things. Being uncomfortable in that situation helps you grow so much. It really brought me out of my comfort zone so much and I learned such a huge amount of information from the experience. I took away so much from the situation.

“I wanted to come to Tech because of all of the hiking and everything in the area. I stumbled into my program just by chance. I didn’t know much about it, but I haven’t changed my major ever. I obviously love my major.”